Bringing Up the Lights on the Summer Club: The Inspiration Behind THE SUMMER CLUB 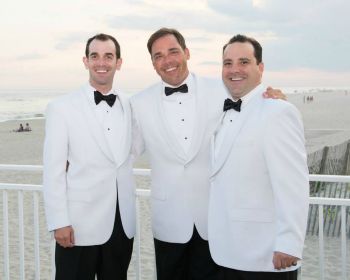 I often find myself wondering where a person’s inspiration comes from, for example, I am always curious why directors or actors make certain artistic choices.  The Summer Club is one of those shows where I have wondered where their inspiration comes from, how they choose their music and where the concept for this type of show first emerged. Jeffrey Coon, one of the founding members of The Summer Club graciously answered my questions, and spoke with me about the origins of the show and why The Summer Club is something he is proud to be a part of.

Finding out the story behind a show always is intriguing. When I asked Coon about how the idea for The Summer Club came about his immediately answered that the inspiration began about twenty-two years ago when he and Fran Prisco first met. Coon and Prisco discovered they had a mutual admiration for Big Band music, the Rat Pack, Count Basie, etc. Coon explains, “I used to listen to one particular recording over and over, and I really idolized the Rat Pack (Frank Sinatra, Sammy Davis Jr. and Dean Martin.) It wasn’t until later when I realized the thing I really loved about them was the great rapport they had with each other – it was like they were having a party onstage.” Coon realized that he wanted to do something like this at some point in his life and the camaraderie between Sinatra, Davis and Martin was something that stuck with him. Coon knew that he wanted to have this type of show where he could engage in humorous banter and perform onstage, and he knew Prisco would be part of the onstage realization of this vision.

In 2009, Coon met JP Dunphy through Prisco during Dirty Rotten Scoundrels at the Walnut Street Theatre in Philadelphia. Coon and Dunphy 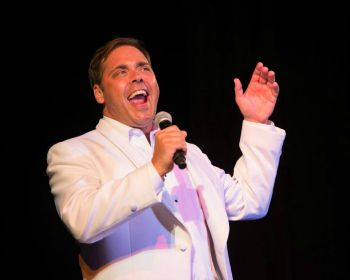 crossed paths again in January of 2014. According to Coon, he always knew Dunphy, he just never had an in depth conversation with him until 2014. Coon expounds, “JP’s dad is a sports hero of mine, and his grandmother was my first boss, and she meant a lot to me. When I met JP I told him that his grandmother was very special to me, and JP passed this story onto his mother, Ree Carney Dunphy. Ree called me, and through a series of conversations we talked about this idea I had for a show, and she helped me make connections about possibly doing this show.” Ree Dunphy put Coon in touch with the mayor of Cape May, and Coon talked to him about his idea for a show. In the summer of 2014, the first show of The Summer Club became a reality and the premiere performance was in Cape May, New Jersey.

As I spoke with Coon about the inspiration behind The Summer Club what exudes from him is passion and delight that he has a chance to do something like this.  What matters to Coon is not only the quality of the show, but also that he wants to perform with people who he has a great camaraderie with on and off stage. He wants people to have a great time onstage, and he wants the audience to feel like they experienced a “musical party” onstage.  Coon says, “with a 17-piece band and the performers within the show, this type of show does not exist anymore. I have a tremendous amount of respect and admiration for the people playing behind me in these shows. Prisco, Dunphy and I may be the ‘headliners’ of The Summer Club, but we are better because of the band playing behind us.” 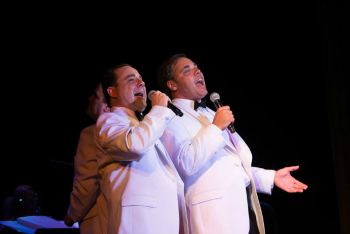 One last item that Coon clarified for me was that he wants The Summer Club to have the feel of a combination of a Rat Pack show and the 1964 season of the Ed Sullivan Show. He wants to provide the audience with a new experience each time. Each show has the consistency of four primary male singers, who sing individually and in group numbers. “Each person in this group brings their own charm to the show,” Coon illustrates, “and we switch songs to a person’s personality.” Each performance of The Summer Club is different because each show has special guests that bring a unique flare to each show, special guests include performances from a wide range of talent including comedians, dancers, singers and specialty acts.  What Coon desires for the audience members to take away from the performance is that “they have an amazing evening and have a great time at the show.”