Steven M. Fisher Captures the Energy and Emotion of the Civil War in MOTHER B

April 9, 2015 marked the 150th anniversary of the ending of the Civil War. On that date in 1865, General Robert E. Lee surrendered to General Ulysses S. Grant in Appomattox, Virginia. Appomattox commemorated this anniversary with “real time events” including a eulogy commemorating former slave, Hannah Reynold’s death, she was the only civilian death at Appomattox at the end of the war. On the same date, I had the opportunity to see a world premiere reading of Mother B!, a musical by Steven M. Fisher about Mary Ann Bickerdyke, the “Florence Nightingale” of the Civil War. 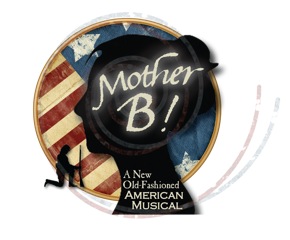 The story of the musical Mother B!  tells the tale of Mary Ann Bickerdyke, a woman determined to care for the soldiers and improve their sanitary conditions and well-being. Bickerdyke is a person who seems to be one of the unsung heroes in the history of the war, but she definitely deserves a place in our historical memory of the Civil War. She set up over 300 field hospitals during the war, and used innovative approaches in regards to medicine which helped save thousands of soldiers. Bickerdyke was known as “Mother B” to those she knew and the soldiers she cared for, it is said that she was held in such high regard that the soldiers would cheer her name when she would appear in camp.

Mother B! is a fictionalized account of the friendship between Mother B and Albert Cashier. Cashier was born Jennie Irene Hodgers, and served as a male soldier in the Union Army during the Civil War. Cashier is the only documented female whose identity was never found out throughout the entire war. The story Mother B! tells is about friendship and bravery, and most of all this musical creates an emotional human connection to these brave people.

I had the honor of speaking to Steven M. Fisher who wrote the musical Mother B! and Mandela. Two things struck me immediately about Fisher and that is the inspiration he found at Upper Darby Summer Stage, and his passion for the Commonwealth Youth Choir, a program which he founded. When I had the pleasure of speaking with Fisher he spoke of the connections he made when he was part of the Upper Darby Summer Stage, he talked admiringly of individuals such as Amy and Terry Nolen (founders of the Arden Theatre Company), Tina Fey and being mentored by Harry Dietzler.

Fisher said that the inspiration for this show comes from his love of history and also being a music person. He said, “It just made sense to combine the two.” In Mother B!  Fisher wants to give a sense of the Civil War without having to delve too deeply into the story of the war with all the history of its battles. He wants the audience to be affected by the musical as it tackles important issues that still resonate today such as gender inequality. Fisher intensely researched the topics in this musical as well as the characters that are based upon very real historical figures. He said, “I did lots of research, and really the research never stops. I traveled to libraries that housed letters and belongings to those people I am writing about. Reading the letters and seeing the belongings of people really informs the characters for me.” Through this research, Fisher captures the spirit and soul of the character and this shines through in the dialogue and music of the production.

Thoughts on Mother B!

As Mother B!  began, I quickly became aware that this was unlike any other reading I have ever attended. There was a stage full of professional actors and the Pennsylvania Girlchoir and Keystone State Boychoir. The staging of the reading was reminiscent of large scale musical concerts as seen on PBS.

Fisher was able to capture the spirit of the Civil War without re-enacting the war. He capably captured the culture in which civilians and soldiers were constantly faced with death and a time in which young boys would enlist and be called upon to serve. This cultural landscape and background is set with the song, “March” in the beginning of act one. He also broaches the ethical dilemmas people faced, such as, does a nurse for the North help a wounded soldier of the South? The answer to this personal ethical conflict comes to light in Mother B’s answer, “They’re all our boys.”

Fisher remarkably captures not only the spirit of the Civil War, but the essence of the characters and the challenges that faced them daily. Mother B is a strong and determined character, and she is exquisitely portrayed by Denise Whelan. Little Albert is reserved, but full of will power when it comes to protecting his secret. Maggie Johnson skillfully brought to life this complex character. Sean Thompson superbly plays Ira Lish, Jr., a somewhat self-indulgent character with political aspirations, but who also is in love with Peggy Anne (delightfully played by Caroline Dooner.) The love story between Thompson and Dooner’s characters help remind us that even in the midst of war people continued to live their lives and tried to fulfill their dreams. Creating a musical based on real events and creating characters inspired by real people is not an easy task, however, Fisher successfully brings to life this remarkable story that celebrates individuality and determination. I am delighted to have had the opportunity to experience the world premiere of this new work and I look forward to the future of this project.