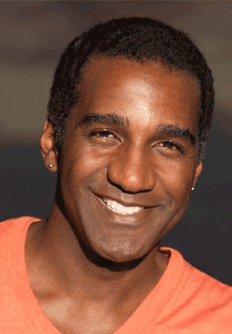 Last week, Norm Lewis appeared at the Cabaret at Theatre Square in Pittsburgh. In normal Lewis style, this show was full of life and energy as he entertained audiences with songs he is known for, as well as songs that held special meaning for him.  As he explained at the beginning of the concert, the show he entitled, “Who Am I.” He explained, “You are what you sing,” and each of the numbers he performed he had a personal connection to. Lewis’s cabaret in Pittsburgh was full of passion and enthusiasm. If you have a chance to catch Norm Lewis live in a concert venue, I highly recommend going to see him. However, if you have not had the fortunate opportunity to see him live, Lewis performed in Lincoln Center’s American Songbook Series, and you are in luck, as this performance will be aired on April 10, 2015 on PBS.

I have seen Lewis in numerous performances over the years, and I was first introduced to his strong baritone voice when he played Javert in Les Miserables in 2006. I have since followed his career, and have seen him perform in several shows over the years. Nonetheless, this is the first time I have seen him perform in a cabaret style venue, and he definitely knows how to entrance an audience with his personality and vocals. Lewis has a way of brightening the stage when he is on it, whether it be when he is playing a role or when he is performing for a group of people. What I loved about his cabaret was that he was able to share his passion through music, and in watching him, the audience could see his deep love for not only musical theatre, but for R&B and jazz. Lewis brings to life the “soul” of a song while he is singing and through his expressiveness he conveys a deep emotional attachment to the music. He seamlessly takes on the attributes of the characters he is giving voice to onstage through his songs. For example, through his body language and felicity of expression he “becomes” Javert when he performs “Stars” from Les Miserables and Porgy from Porgy and Bess when he sings “I Got Plenty o’ Nuttin’.” This adds to the overall experience for the audience and makes for an exceptional evening of entertainment. Lewis always brings a dynamic energy and soul to his performances, and seeing him in a live concert venue is no exception.

Each time I see Mr. Lewis, whether it be in a production on Broadway or a cabaret in Pittsburgh, I am reminded of the passion and sincerity that 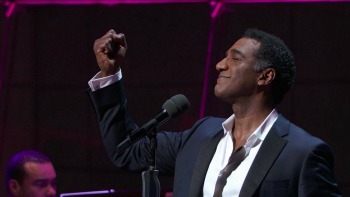 radiates from him. I have referred to him before as the “happiest actor on Broadway,” because each time I see him he is so full of life and positive words. He is a person that truly loves what he does and is grateful for what he has achieved. This comes through in everything I have ever had the privilege of seeing him in. Again, if you have not had the opportunity to see Norm Lewis onstage, do not miss his concert, “Who Am I,” on PBS April 10, 2015.