MAME: A Look into the Upcoming Production at the Bucks County Playhouse

Mame is a musical that opened on Broadway in 1966 and starred Angela Lansbury as Mame and Beatrice Arthur as Vera. Jerry Herman wrote the music and lyrics for the show and Jerome Lawrence and Robert Edwin Lee wrote the book. This musical is based on the 1955 novel Auntie Mame, which was written by Patrick Dennis.

Mame is a story about a woman, Mame Dennis, who is eccentric. Her life is interrupted when her deceased brother’s son, Patrick, is entrusted to her care. The musical is about family, friendship and coming of age. There are many beloved songs from this musical such as: “Bosom Buddies,” “We Need a Little Christmas,” and “Open a New Window.”  The music from this show is always enjoyable to listen to and it is one of those shows that delights audiences of any age. 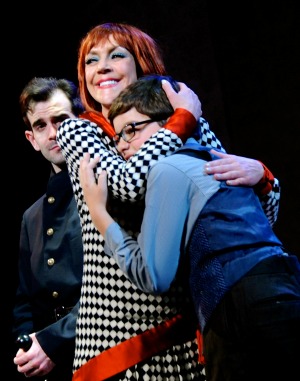 Andrea McArdle will be in the starring role as Mame. Many people are familiar with Andrea McArdle from her role as the original Annie in Annie in the 1970s. McArdle has had a successful career beyond Annie. After Annie she portrayed Judy Garland in the made for television movie Rainbow. McArdle also was in Jerry’s Girls, which is a musical review of the works of Jerry Herman. Most of McArdle’s career has been in musical theatre in such roles as Belle in Beauty and the Beast, Sally Bowles in Caberet and Margy Frake in State Fair. McArdle is no stranger to the Bucks County Playhouse, she was last seen there in February in The Vagina Monologues. In addition to her stage career McArdle just released her live recording, “70s and Sunny: Live at 54 Below.”

Also starring in Mame is Lea DeLaria in the role as Vera Charles, Mame’s best friend. For those not familiar with DeLaria she is a multi-talented performer.  She is known as a comedian, and she is also a writer, musician and actor. DeLaria played  Hildy Esterhazy in On the Town on Broadway, as well as Eddie and Dr. Scott in The Rocky Horror Show. In addition, DeLaria is a jazz musician. She has several titles such as: “Live Smoke Sessions” and “Double Standards.” DeLaria was last seen at the Bucks County Playhouse in February in The Vagina Monologues. Personally, I am looking forward to seeing her in the role of Vera Charles. 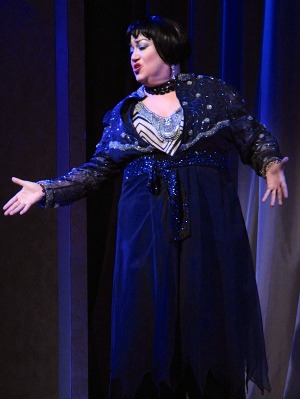 The Bucks’s County Playhouse’s production of Mame is a show I have been looking forward to since they first announced it. Mame is one of those musicals that provides audiences with laughter as well as heart-felt emotion. Do not miss the chance to see Andrea McArdle and Lea DeLaria return to the Bucks County Playhouse in this funny and heart-warming musical.