Fulton Theatre Presents a Staged Reading of GHOST: THE MUSICAL in a Newly Revised Format 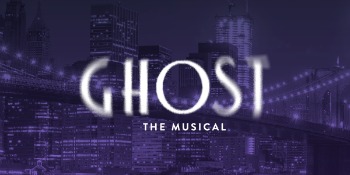 Last week, I attended a reading of Ghost: The Musical. The musical version of Ghost is based on the 1990 film of the same name. This was a staged reading of a show that has already been on Broadway and closed, but Marc Robin, the Artistic Director or the Fulton, was given the opportunity to assist in revising the script for the show. Robin explained in his opening remarks that he paired down the show from a 30+ person cast to a cast of 9 people. The audience that attended Ghost saw a show where the script was revised to its core fundamentals in order to captured the heart of the story and remind audience members why they loved the storyline of this classic 90s movie. The cast included Will Ray as Sam, Daniella Dalli as Maggie, Steve Czarnecki as Carl and E. Faye Butler as Oda Mae Brown. The additional cast included Kevin Faraci, Liz Shivener, Michael Fisher, Manna Nichols and Jayne Trinette . Each of these fine actors are not only incredibly talented, but each infused this show with energy and vibrancy that captured the spirit of the show.  The audiences that attended Ghost on January 8 and 9, 2015 were the first audiences to see this new version of Ghost, and there was a talkback after the show hosted by the Fulton’s Managing Director, Aaron Young.

For those of you that like shows that are edgier and theatre that encourages a dialogue or simply if you like to support new works then the Ellen Arnold Groff Series is a series that you should definitely plan to attend. The next show in this series is Venus in Fur. This show is the first fully staged production in the Ellen Arnold Groff Series, and runs from February 17 – March 8, 2015. For more information about this show or any other of the Fulton’s shows please visit their website at www.thefulton.org or call their box office at 717-397-7425.