Broadway’s SIDE SHOW is a Spectacular Production 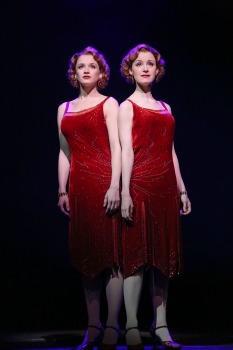 I first encountered the music of Side Show many years ago when I saw a clip of Emily Skinner and Alice Ripley, from the 1997 production, performing “Who Will Love Me As I Am?” From that moment, I became obsessed with the score of Side Show. The music is beautiful and haunting, and I still find myself listening to the cast recording frequently. I did not have the chance to see Side Show when it opened on Broadway in 1997. However, I was thrilled to learn about the revival coming to Broadway directed by Bill Condon, and I had the pleasure of seeing this remarkable show.

What I loved about seeing Side Show is that it is how I remember seeing a Broadway production as a teenager. This show has a great story that is emotionally moving and has chill-inducing performances. This is the kind of show that made me fall in love with Broadway as a child. In the current world of over the top productions full of huge sets and special effects, the story and sometimes the insight of the performers and the heart of the writing get lost in the spectacle. Side Show is dazzling, while also preserving a show with substance. Side Show is creative and stunning, and this production reminds me why I first fell in love with Broadway shows many years ago.

Side Show is inspired by the story of Daisy and Violet Hilton, conjoined twins who were part of vaudeville and the side show circuit in the 1930s. Their story is told throughout the show, and there is a flashback sequence, “Cut Them Apart,” where the audience learns of the life they endured prior to meeting Sir, who becomes their legal guardian. I appreciated the back-story that is in this revived production of Side Show. There are many highlights in this production, but one of my favorite numbers is at the end of act two when Erin Davie and Emily Padgett who play Violet and Daisy Hilton sing “I Will  Never Leave You.” This song was a chill-inducing moment for me, and Davie and Padgett perform this emotional number beautifully.

Another stand out performance is provided by David St. Louis who plays Jake. Jake is the friend and protector of Daisy and Violet. St. Louis’s 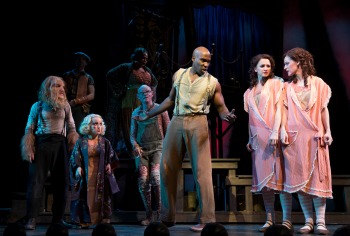 impressive baritone voice is strong throughout the production, but “You Should Be Loved” is my favorite song that he performs. The chemistry between St. James, Padgett and Davie is remarkable, and the scenes between them are outstanding. Another outstanding performance is from Ryan Silverman who plays Terry, a talent scout for the vaudeville circuit. Silverman is dapper, charming and successfully conveys his conflicted emotions towards Daisy. Matthew Hydzik plays Buddy, a close friend of Terry’s who helps prepare Daisy and Violet for the vaudeville circuit. Hydzik engenders an innocence to his role. The song he performs with Padgett and Davie, “One Plus One Equals Three” is full of energy, and is an exuberant number that serves to infuse levity into the show. One more person I need to mention is the Fortune Teller played by Charity Angel Dawson. Dawson is dazzling onstage, and she shines in the number “The Devil You Know.” 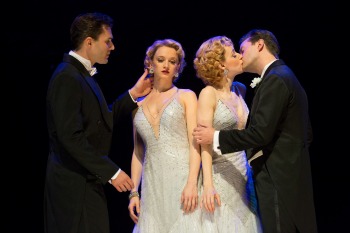 The revived production of Side Show on Broadway is definitely one of my top five Broadway shows of all time. It is intelligent, touching and elegantly performed.  If you have not seen this production I highly recommend seeing it before it closes on January 4, 2015. For more information about the show and tickets visit the show’s website at www.sideshowbroadway.com.

Photo 1: Emily Padgett and Erin Davie in a scene from Side Show. (Photo Credit: Joan Marcus)