Bringing Up the Lights on The Summer Club: An Inside Look at Putting Together a Summer Club Show 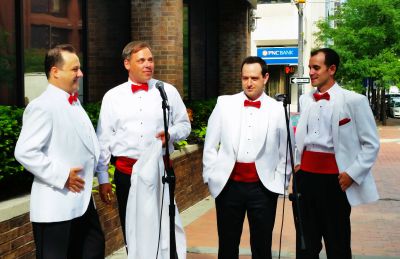 Working in the Arts I am always fascinated by the number of people and the amount of effort that goes into putting a production together. As much as the talented individuals putting a show together make it look easy, there is a lot of hard work, dedication and hours that go into bringing life to any production, whether it is a musical, play or concert. During the last few weeks I have spent many hours speaking with and observing the people that are part of The Summer Club and experiencing what occurs on the day of their show.

If you have not heard of The Summer Club or are not sure what to expect, this article will provide you a glimpse into what putting together an event like this entails, and provide you an up close look at The Summer Club and those involved in its creation.  This event involves an extraordinarily talented group of individuals who bring all their energy and passion to every performance. The Summer Club celebrates the era of Big Band, and it is a night full of singing, tuxedo attired performers and above all a fun filled evening of entertainment. The show consists of four performers who perform classics such as “Luck Be a Lady,” “My Kind of Town” and “Come Fly with Me,” and each show also includes a number of special guests who bring their own unique talents to The Summer Club stage. Three of the performers, Jeffrey Coon, Fran Prisco and JP Dunphy are “regulars.” They are performing in all the concerts this summer. The fourth member of this group varies by concert and venue. Personally, I have seen Ben Dibble, Michael Philip O’Brien and Ben Michael perform with this group. Additionally, each show has a group of special guests such as Krissy Fraelich, Tony Braithwaite, Rachel Camp, Elena Camp, Joilet Harris, Mark Stuart, Mindy Wallace, Erin Maguire, David Jackson and Kenita Miller. Every show has its own unique feel, and I have seen numerous Summer Club shows over the last two years, and each one creates its own feel and identity. This is a show that people can see over and over, and each time it will have something new to offer.

One of many things that stood out to me about the people involved with The Summer Club is that they all pitch in to make this show a success. I 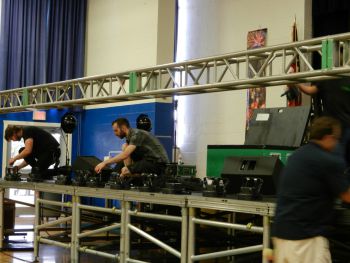 spent time with this group of people for two different performance dates, on July 17th for their show in Avalon, New Jersey, and for a benefit for ALS Hope Foundation at the Media Theatre on July 23rd called, “A Swingin’ Concert for Hope.” On the day of the first show in Avalon, those involved with the production started arriving at the venue about nine hours before the show began in order to set up the stage for that night’s performance. Fran Prisco and JP Dunphy pitched in putting together the band stands for the show and doing additional prep work to get ready for that evening. ACIR Professional was setting up lights and sound, which includes  assembling the light bar and hanging the lights. Jeff Coon, in his role as the Executive Director, was adding last minute touches to the show, putting together the seating lists, and touching base with everyone involved to see what they needed to ensure a smooth running show. Executive Producer Ree Carney Dunphy also was there in the morning meeting with Jeff, and setting up merchandise tables and making sure everything was on track for the show that evening.  All this was done prior to rehearsing for that evening’s show. Even with all the hard work that goes into a show like this, everyone has a great camaraderie with each other, and they all do everything they can to make sure that The Summer Club show is a high-quality production that audiences will enjoy and be able to sit back, relax and enjoy. 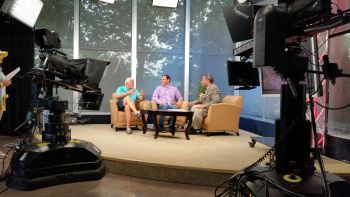 Even though there is a massive amount of time and effort spent on setting up for the show, there is also a good deal of time spent on promoting these shows. A few of the ways this show is promoted is through social media (Facebook, Twitter, Instagram) and the distribution of posters that are posted in local businesses. In addition, The Summer Club also appeared on local news channels, Fox 29 and NBC 10 to help promote “A Swingin’ Concert for Hope,” a benefit concert for the ALS Hope Foundation as well as The Summer Club shows at the Jersey Shore. The first part of the morning Jeffrey Coon, Fran Prisco, JP Dunphy and Michael Philip O’Brien performed on “Good Day Philadelphia.” These four along with Flyers Hall of Famer, Bernie Parent (also the ALS Hope Foundation Ambassador) appeared on “Good Day Philadelphia” to promote the benefit as well as inform the public as to why a benefit for ALS is so important. Directly after their appearance on Fox 29, Coon and Parent made their way to NBC 10 where they did a live interview regarding the benefit concert. The importance of these interviews are to inform the public of such events in the region and provide potential audience members the ability to have a taste of what they can expect to see when attending The Summer Club. 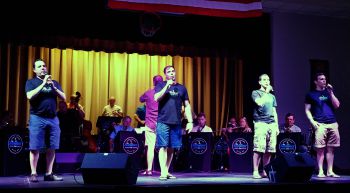 different rehearsals, and these rehearsals begin about five hours before the show begins. The four main performers rehearse their numbers in groups and individually, and the special guests take the stage to prepare their material as well. I need to mention that The Summer Club has an incredible 17-piece band with Larry Lees as the Conductor and Amanda Morton as the Music Supervisor/Keyboardist. As an outsider watching rehearsal it was remarkable to see the amount of enthusiasm everyone involved has for this show, and how all these energetic people meshed their talents to create something special. The end result from both rehearsals was an incredible show where the audience was enthralled from the performances of the evening.

Personally, I have been fortunate to have been able to spend time following Jeff Coon prior to a number of these events to see what goes into putting The Summer Club together. He, and the rest of those involved were kind to let me join them to see what happens behind the scenes. What I have learned is that it takes a village to put this type of show together – a show 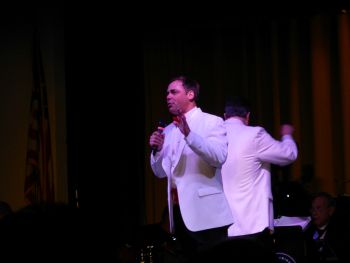 like this needs advertisers, media promotions, lights, sound, people to set up the stage, musicians, producers, etc. The Summer Club is more than the individuals you see onstage, it is a collaborative effort where everyone works diligently to put on a top-quality show, so audiences can sit-back, relax and delight in the entertainment of The Summer Club.

If you have not had a chance to see The Summer Club they are performing two more times this summer, August 14th in Avalon, New Jersey and August 15th in Cape May, New Jersey. For more information about The Summer Club and tickets visit their website at www.summerclubshows.com.